To celebrate the launch of our third edition of NORTH, a publication of undergraduate, postgraduate and staff projects along side commissioned pieces of writing and interviews, we are making the second edition available for free download.

During the summer, 3rd year under graduate student Alex Cutler spent some time in Barcelona exploring architectural and urban landscape photography, a subject that he intends to engage with throughout his final year on the course. 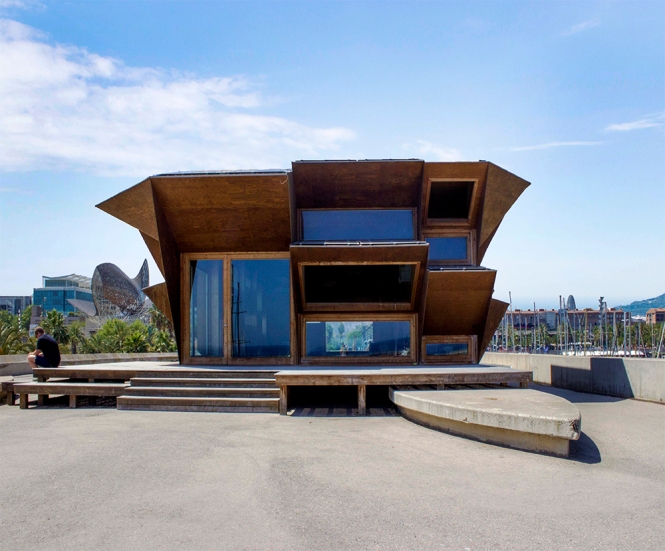 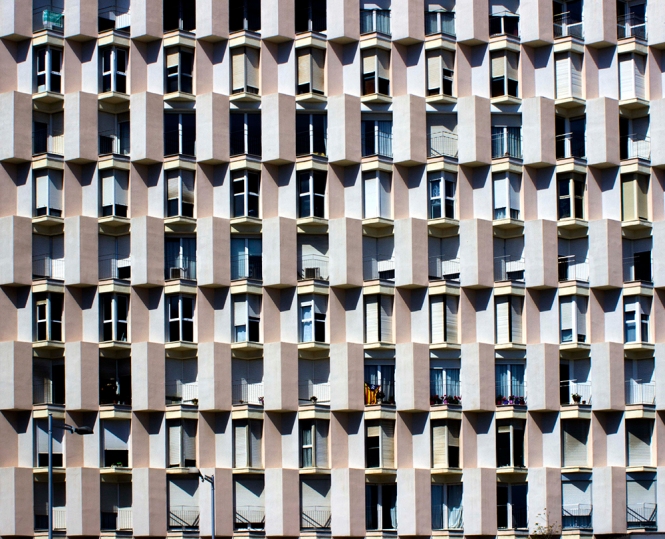 For a capital city Berlin has a lot of open spaces. These images are looking at the public parks and spaces that are used by Berliners. 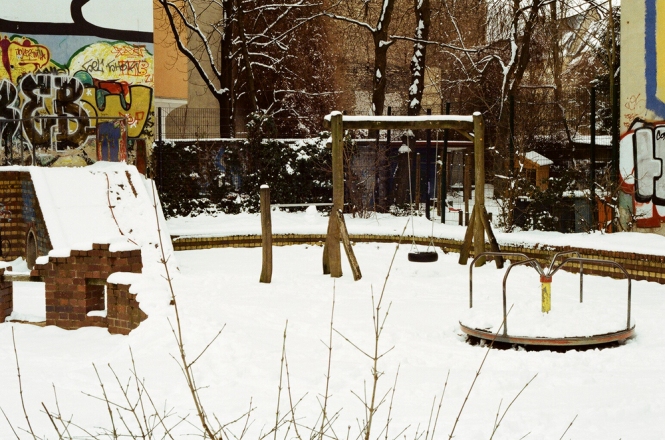 With a passion for photography and street art, visiting what is known as the Street Art Capital of Europe with my course was an opportunity I couldn’t miss. The initial preparation and research we carried out before visiting Berlin played a vital part for me as I had never been before and didn’t fully know what to expect. Throughout the research it was still a struggle to really grasp an understanding for the culture, and nail down what it was I wanted to document whist we were there but from the moment we arrived it was clear to me that I had to document everything!

In the same way that graffiti artists have used every part of Berlin from the bins to the bridges to make their mark, I wanted to capture every part of the city to produce a body of work that could be viewed by people like myself, who had never visited Berlin and I wanted them to be able to understand and almost feel as though they were there themselves.

Below is a selection of photographs that I’ve chosen to represent Berlin from my point of view. They capture the architecture and construction of the ever-growing city, and document how the space is used and occupied by the people of Berlin through a series of landscape and portrait images.

There are more images and a separate project at www.karlchild.com which looks at a single street corner and the people that pass by over a short period of time, taken from an observational vantage point.

Tempelhof Airport, one of the largest architectural structures in the world, dominates the landscape of Berlin. Reminiscent of the utopian architectural ideas of Le Corbusier it once boasted everything from a bowling alley to secret archive bunkers. The airport now waits in limbo as its Nazi history and size means that its future is unsure. 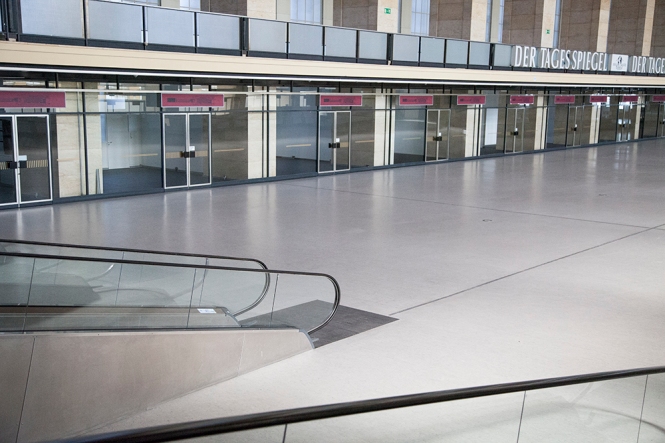 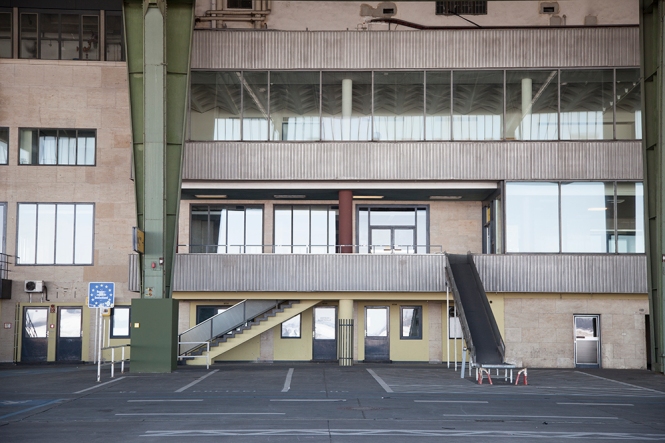 From the Rubble of World War Two began project ‘Devil Mountain’; the spy tower – Tueufelsburg – built by the US with compliance from the UK to hack and transfer USSR intelligence. 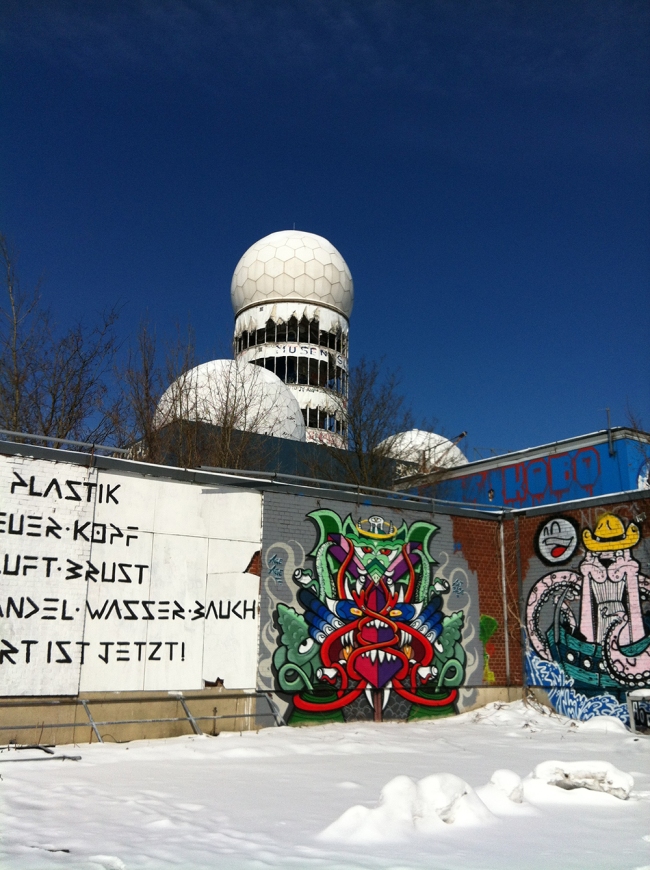 Built in 1955, Tueufelsburg represented a hostile epoch in the cold war era. Stepping out of the train station began a twenty minute walk to the top of devil’s mountain, entering the security checkpoint we were open to roam the space of the US/UK spy tower, now abandoned and decorated with art. 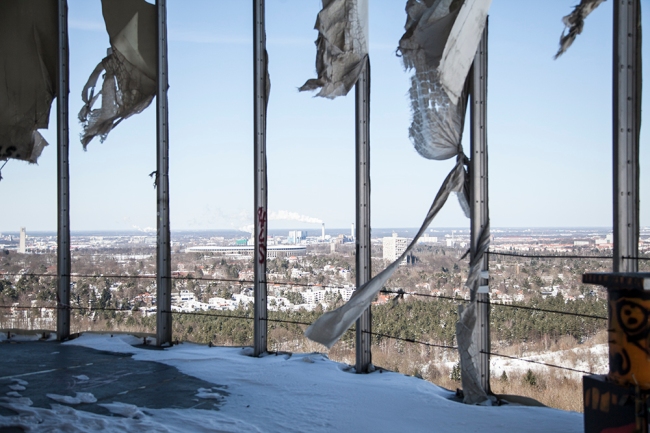 As we explored the second floor, we came across the only room present, an enclave upon a floor littered with cracks and holes. The room was an attempt by a local businessman to transform Tueufelsburg into a multi-functional hotel and company enterprise. Followed were protests and demonstrations to halt plans for the commercialisation of one of the many iconic symbols not only of Berlin, but of the Cold War era. 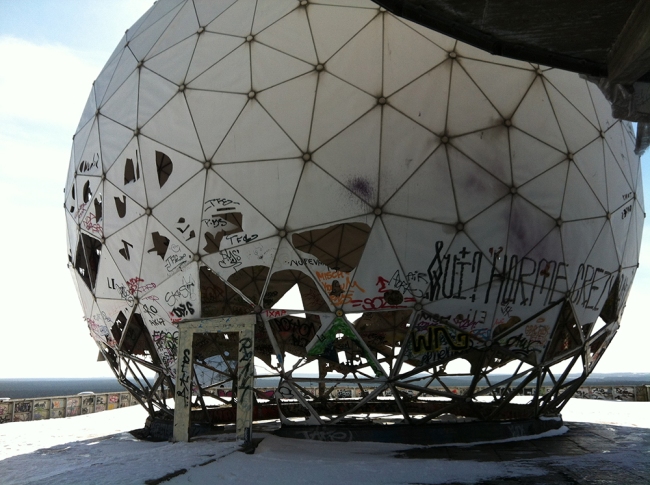 The students were offered the option of two site specific excursions:

The students took advantage of the two unique locations which offered a wealth of visual, historical and political information to feed into their own respective personal projects. 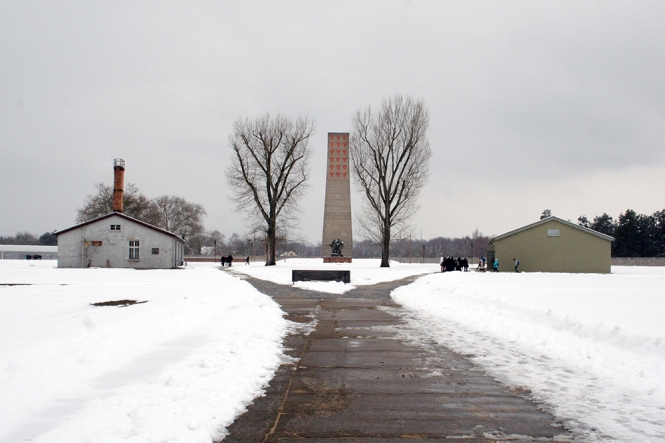 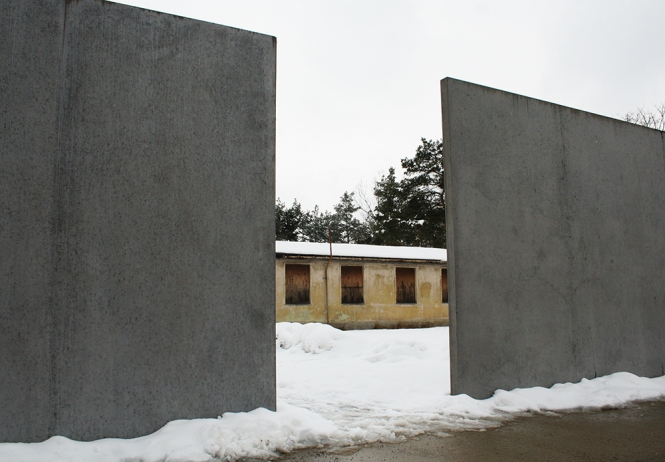