A group project by first year Fashion Photography students has been featured on the website Modeconnect. 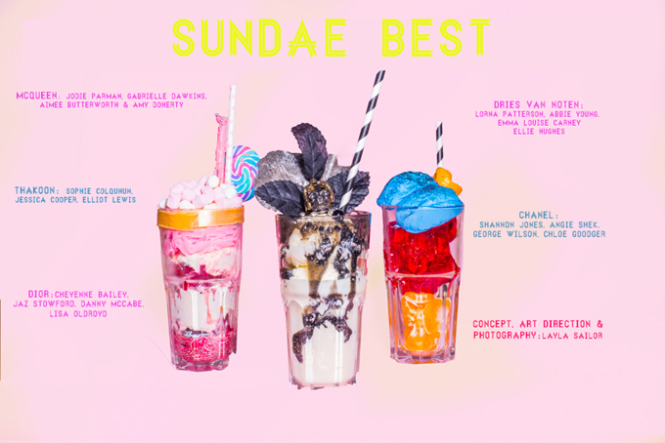 The project was designed and introduced to students by first and second year Photography lecturer, Layla Sailor…

“The Essence of Fashion started as a project with my UCLan Fashion Styling and Photography 2nd year students last year, and I decided to create a ‘V2’ for my first year Fashion Photography students this year as a creative styling exercise and a time-pressured group task.
As with the first ‘jelly’ project, I wanted to really think about what makes the ‘essence’ of a collection and how this could be translated into a sculpturable object. This time, the students had to create a piece within a 2 hour workshop after being given a designer’s collection the week before to research. All members of the group had to be involved, and bring an ‘ingredient’ to the workshop.

I decided on a Sundae for V2 as it is decorative, impermanent and difficult to control.  Sundae’s can also be layered, which was  interesting with  a very textured or colourful collection.  As with the jelly project, the lack of control was fun, frustrating and surprisingly effective in bringing out students’ creativity and group delegation skills.

I created fake ice cream made from frozen paint and frosting, and brought some edible items, and other non-edible items such as fur, beads and flowers that were set up on a making bench.  It was fun making fur ‘ice cream and oil paint ‘cream’ and the only problem we encountered was trying to not eat the Sundae’s as they looked and smelled delicious but were full of strange and dangerous elements, a bit like fashion!” 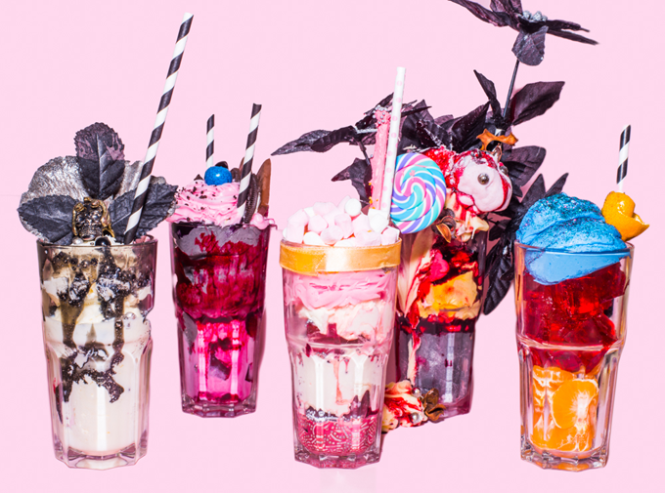